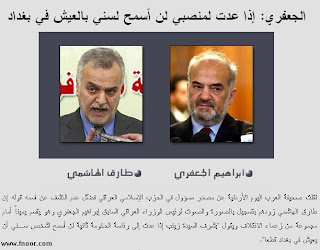 Jordanian newspaper "al-Arab al-Yawm" (Arabs Today) reported on the authority of a member from the Iraqi "Islamic Party" (Sunni), who asked that his name remain undisclosed, that Tariq al-Hashemi provided them with a video recording of the former Iraqi PM, Ibrahim al-Ja'fari, where he is seen making an oath in front of a group of the leaders of the "Iraqi [Shia] Coalition", saying:

"I swear by the honor of Sayyidah Zainab
that if I return to office [as a PM] again
I will permit absolutely not one Sunni
to live in Baghdad!!!"

We hope to see that video some day, perhaps when the neo-Safavids flee Iraq along with their American masters.
Posted by Hussam Hariri No comments:

Sunni Iraqi murdered by the extremist Shia, Iran-financed "Badr" militia!!! They skinned him and ripped out his heart out of his chest and threw him in the street!!!!!!!!! This is the true face of the pseudo-Muslims, the "Shia", the Rafidhah (the Rejectors of Islam)!!!! This is what they'd do to you, Muslims, if they have the power over you!!!!!
Posted by Hussam Hariri 1 comment: 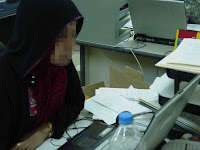 She's this "Muslim" woman in a 'hijab', at work at her office, and with the American occupying forces, and in one picture you see her "badges of honor" she received in return for her services to the American occupation.
The documents found with her are a two-page communique from the the so-called "Supreme Council for the Islamic Revolution in Iraq" headed by the al-Hakims and making up the "Iraqi [Shia] Coalition" ruling Occupied Iraq under the American protection.

The communique declares the establishment of a "Shia conference organization" (mimiking the Organization of Islamic Conference, OIC) under the supervision of Khamen'i and Iran, bringing together the Shia communities worldwide and laying out a multi-faceted plan to target Sunni Muslims worldwide, particularly in the post-Saddam Iraq. Here are pictures of the document, and I provided the full Arabic text in a Word file you can download below, and an English translation will follow soon inshallah, so stay tuned. 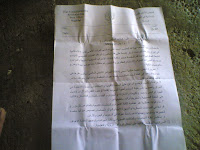 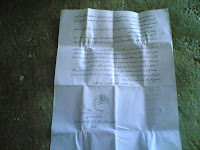 Download HERE
There are many proofs on the ugly policy of Iraq's Shia (most of whom are Iranians or backed by Iran) toward Sunni Muslims in Iraq. They want to resurrect their Sassanid empire however by employing the Saffavid tactis (in spreading Shi'ism by the force of iron and fire only, like they did 500 years ago in Iran, turning it into a Shia land against the then-majority Sunni population's will).

This Shia female traitor her face is blurred, and this is how we got the pictures from the Iraqi freedom fighters who are known to be religious zealots and they belong to a current in Sunni Islam that sees the woman's face as a private part she must not show but to her non-marriageable male relatives, so believers in this don't show females' faces, be them Muslim or not, Sunni or not.

And here are the rest of the pictures of the apostate: 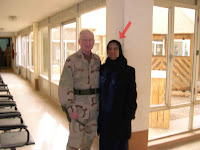 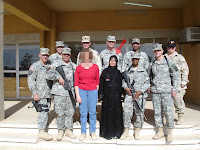 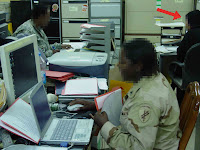 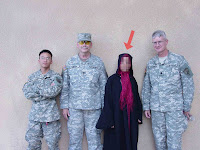 Posted by Hussam Hariri No comments: 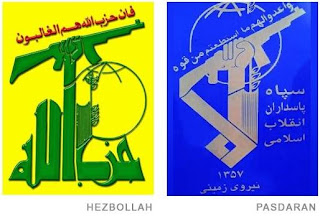 You see above the flags of both Hizbullah and the Iranian Revolutionary Guard.

Hizbullah is obviously the "Arab arm" of the Iranian Revolutionary Guard in the Arab world. The only differences between the two flags are the colors, the language, the Quranic verse above the rifle.

Every true Muslim (Sunni) and Arab should stand against Hizbullah, as supporting it means supporting the expansion of the Safavid Iranian republic. Hizbullah is not fighting for the SUNNI Shebaa Farms, that's just a lie; it's keeping its weapons and rockets for when it's the right time to take over Lebanon when the Shia become a majority. they are now around 29.5% of voters in the Lebanese elections (gives a semi-accurate count of their numbers in Lebanon), preceded only by the Lebanese Sunnis at 29.6%. However, they have already started lying about being the single biggest Lebanese sect, standing at 40% of the population! Another hoax, just like theirs in Iraq (of being at least 60% of the people, while they are barely above 40% really, and also being 90% of Iran, while in fact the Sunnis make up at least 1/3 of the population. Another lie is them being 15-20% of Saudis while in reality they are only 3-5%!!)

Hizbullah is the new Ataturk for our ummah. Those who know the early Arab history from around and after the downfall of the Ottoman state would know the Egyptian great poet Ahmad Shawqi. He praised Ataturk so much when he could "defeat" the allies and prevent the colonization of Turkey (Asia Minor), he praised him so much that he likened him to the Prophet's companion Khalid ibn al-Waleed, the marvellous Islamic military commander whom the Prophet (pbuh) called "Allah's Unsheathed Sword"!!! Yes, Shawqi called Ataturk the "modern Khalid ibn al-Walid", but what happened few years after that praise?

We all know what Ataturk did to post-Ottoman Turkey:
(1) banning the Islamic call to prayer in Arabic;
(2) banning the Islamic fez for men and headscarves for women;
(3) omitting as many as possible of Arabic and Persian words from the Turkish language (ex., he dropped the word 'madrasah' from Turkish and replaced it with 'kol', from the English 'school'.)
(4) he banned the usage of Arabic script in favour of the Latin script, thereby disconnecting the Turks from their then-near Ottoman glorious past and their Islamic link to their Muslim neighbours.

Expect such 'revolutionary', destructive changes from Hizbullah if he assumes power in Lebanon. Read Musa al-Musawi's "The Miserable Revolution" (if found in English) to know about what Khomeini did to Iran and Iranians after he became in power.

The believers don't fall in the same trap twice, the Prophet (pbuh, inspired that by Allah) told us.

Are you a believer?

Posted by Hussam Hariri No comments: 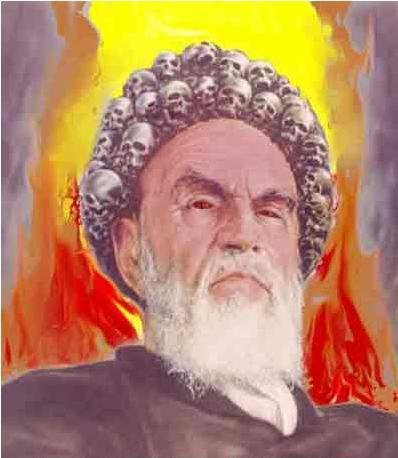